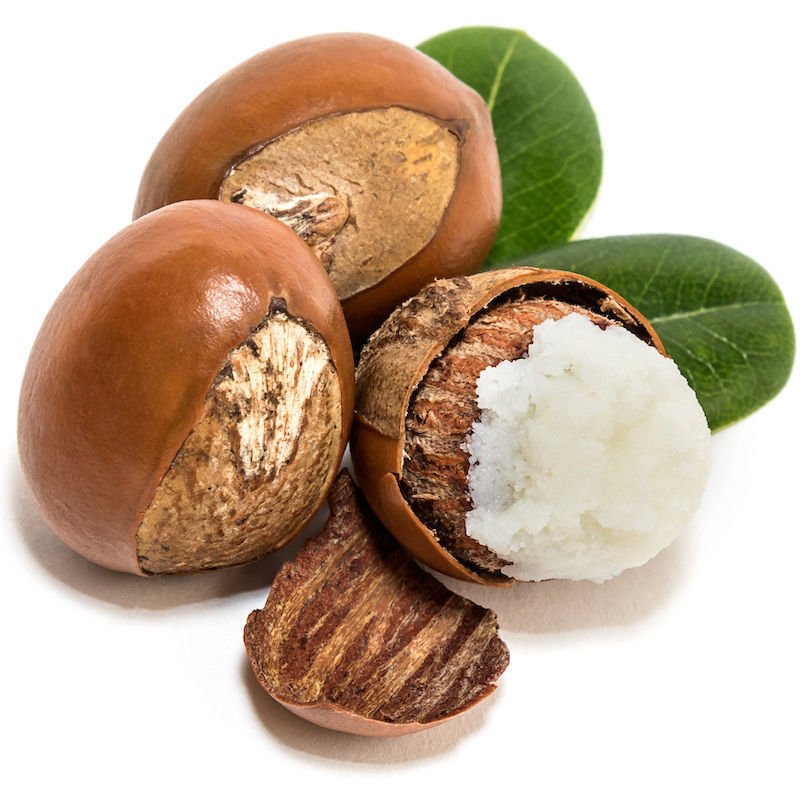 Vitellaria paradoxa, commonly known as shea tree, shi tree, or vitellaria, is a tree of the family Sapotaceae. It is the only species in the genus Vitellaria, and is indigenous to Africa.  Wikipedia

Vitellaria paradoxa (the shea tree) is extremely important in Burkina Faso. Termed "women's gold" by Burkinabé villagers, the nuts of shea tree can be collected and processed by crushing and grinding to yield shea butter, which is widely used in soap and in cosmetics as a moisturizer, salve, or lotion. Shea butter is also edible and may be used in food preparation; it is sometimes used in the manufacture of chocolate. The bark of the tree is also used as an ingredient in traditional medicines and the shell of nut is said to be able to repel mosquitoes and is also said to protect existing trees.

The nut from the Shea tree in Africa with a high fat percentage of 45-50% , moisture content of 6%, greenish colour and emitting a strong smell. This produce is used in the production of margarine and tends to desiccate and exude fat during the voyage. When in wet or moist condition, sheanuts are subject to heating or spontaneous combustion and may sweat and ferment strongly. Before stuffing, a certificate providing the moisture percentage, temperature, number of storage days prior to shipment and all possible particulars should be demanded and checked.

Do not stow with taint sensitive cargo such as coffee and tea.